How to Weather a Storm Sustainably 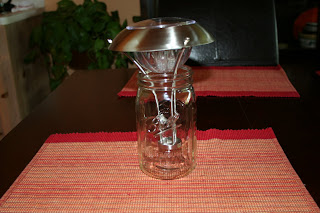 We really don't live that far from civilization, but sometimes it feels like we do. We're only 3o minutes from Austin, and 10 minutes from a small lakeside town. When we first moved here, I didn't quite realize that because of the way the highways are built, the geography of our immediate area, and the way services are clustered around urban and suburban populations, we would have to learn how to be independent at times.

Our main route to civilization is a small county road that crosses several creeks which tend to flood during storms. So we can be cut off pretty easily, once for almost two weeks. And we tend to be last on our power utility's list to restore services when storms take out transformers.

Last night we had tornadoes in the area as well as hail. The big stuff missed us, but we were without power for about twelve hours. Normally, twelve hours is not a big deal at all, but my eighty year old dad was visiting, who has some mobility difficulties and I didn't want him tripping in the dark, or becoming disoriented in the middle of the night.

Of course we have flashlights and candles, but even better, we have a set of outdoor solar path lights, the kind you stab in the ground. We gathered them up and placed each one in a quart mason jar for stability. We spent a pleasant evening talking and watching the storm roll in and out, with the house lit by a soft solar powered glow. When we were ready for bed, we left a few of them around the house to help orient my dad.

Unlike candles, they pose no fire hazard and unlike flashlights, their batteries weren't going to run out. In the morning we awoke to find our electricity working again. We returned the solar lights to the path outside, to recharge and light our way wherever they are needed, inside the house or out.
Posted by Lisa Carroll-Lee at 12:52 AM